About Dialed In Gummies

From the very beginning, Dialed In Gummies has always had passion to create the best extracts possible. Not just regular cannabis extracts, but something made with an unsettling obsession and internal pursuit.

They threw out the idea of nasty hash edibles that are normally packaed in plastic containers and with a terrible taste. Instead they decided to only use solventless, ice water extracted rosin to infuse their cannabis gummies.

What this does is create an unreal taste to their already delicious gummies. You can expect Dialed In to only produce fat free, gluten free, low sodium, and feature and flavor sourced from real fruit and vegetables. Also, they ahve developed their own special sous-vide cooking process to allow the ability to retain higher amounts of terpenes, flavonions, and cannabinoids.

In addition to amazing solventless edibles, their packaging is 100% recyclable, hand numbers, and has their own custom QR code to see all the testing results and more. 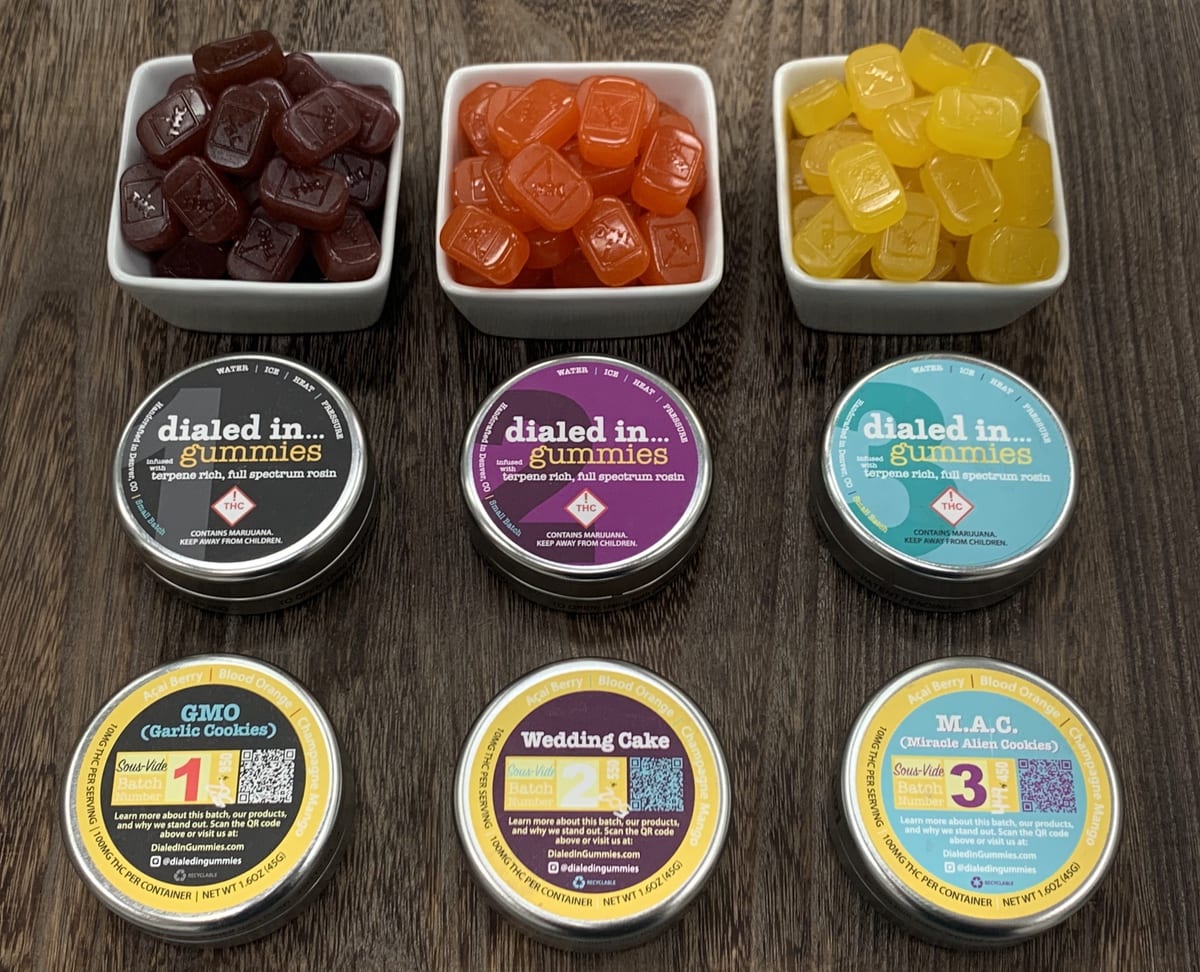 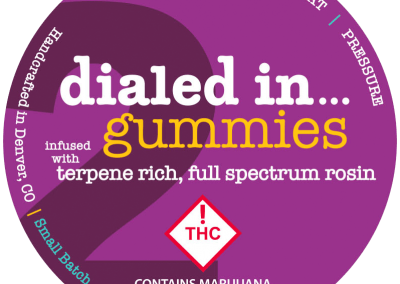 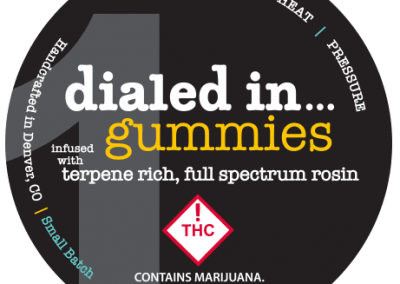 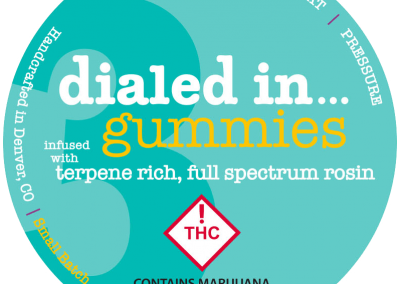 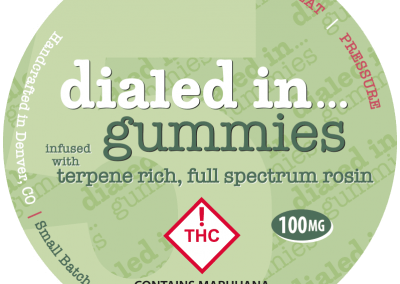 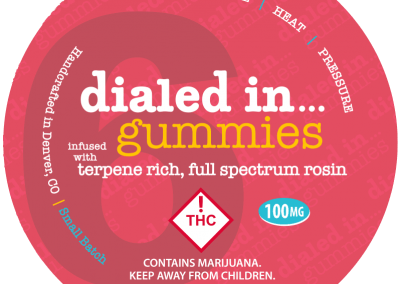 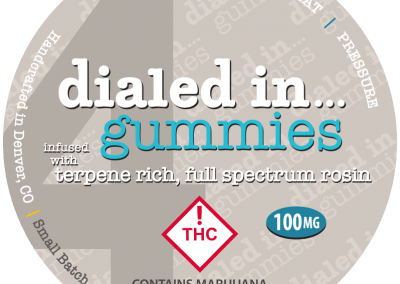